One of the best alboms of british singer!

Adele is an English singer and songwriter. She is one of the world's best-selling music artists, that was honoured with the Brit Award for Rising Star as well as the Grammy Award for Best New Artist. Adele released "Skyfall", which won the Academy Award and the Golden Globe Award for Best Original Song. 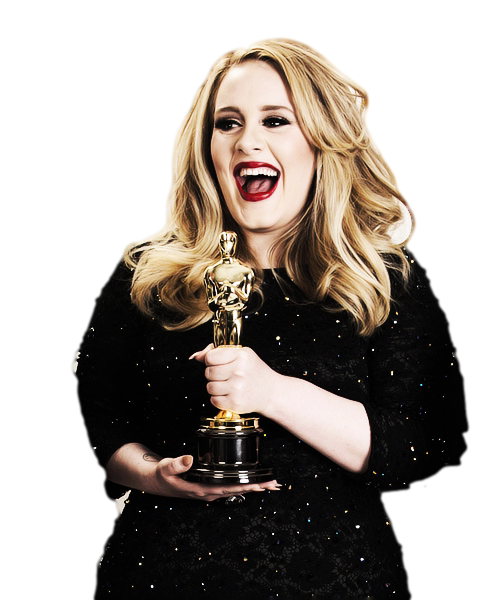 Adele took almost a five-year break before creating a new studio album (the last super-successful album 21 was released in January 2011). This was caused, among other things, by personal problems.
She needed to "take time and live a little bit"
In January 2012, Adele announced that she was in relations with entrepreneur and Eton College graduate Simon Konecki; they first met in the summer of 2011. Later, they announced the news that Adele and Simon are expecting their first child. 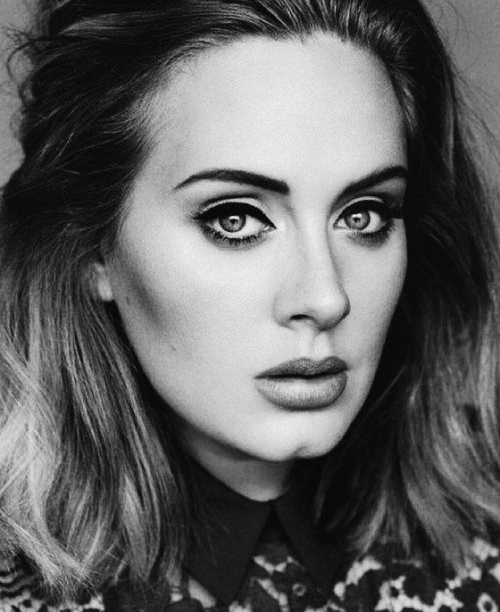 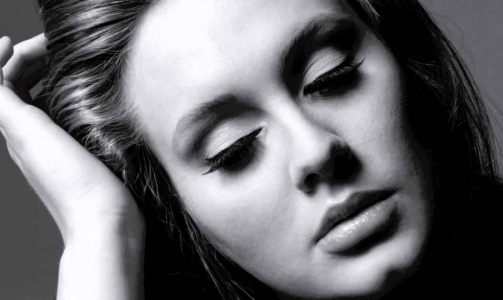 At the 10 of October, 2012, the couple had a baby boy named Angelo James.
Adele devoted herself to her newborn son and lover.

That was one of the reason of such a long musical break for Adele and some pause-timing from the music industry.
"I have to take time and live a little bit. There were a good two years between my first and second albums, so it'll be the same this time." She said that she would continue to write and compose her own material.

At the 3 of April, 2012 year, Adele confirmed that a third album was planned in two years. 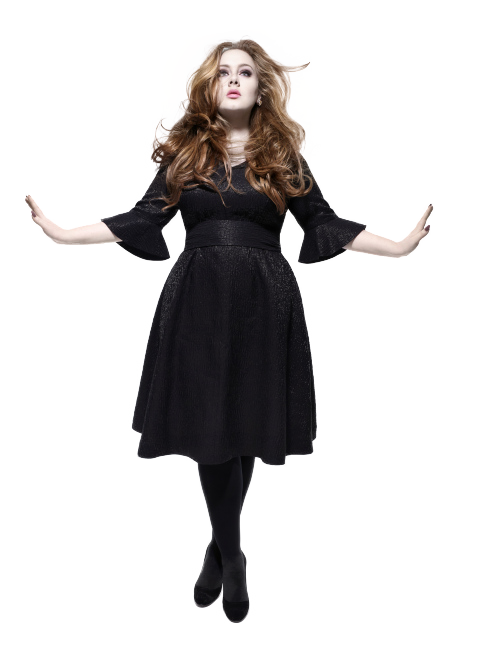 Adele rescheduled the album's recording stating she did not feel "ready", but returned to the studio when her son was eighteen months old, which inspired her to write an album about motherhood
In an interview with BBC One, it was stated that almost the entire album was written, but it seemed to the singer "too boring". 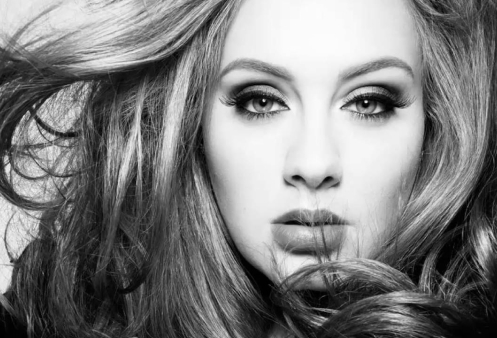 Before the official release of the album, journalists from various publications assumed what it would be called — 25.
Adele is 27 years old — figure 2, the album will be released in 2015 year.
The singer's ages - the early albums were at 19 and 21.

The singer hinted on her 26th birthday in social networks! 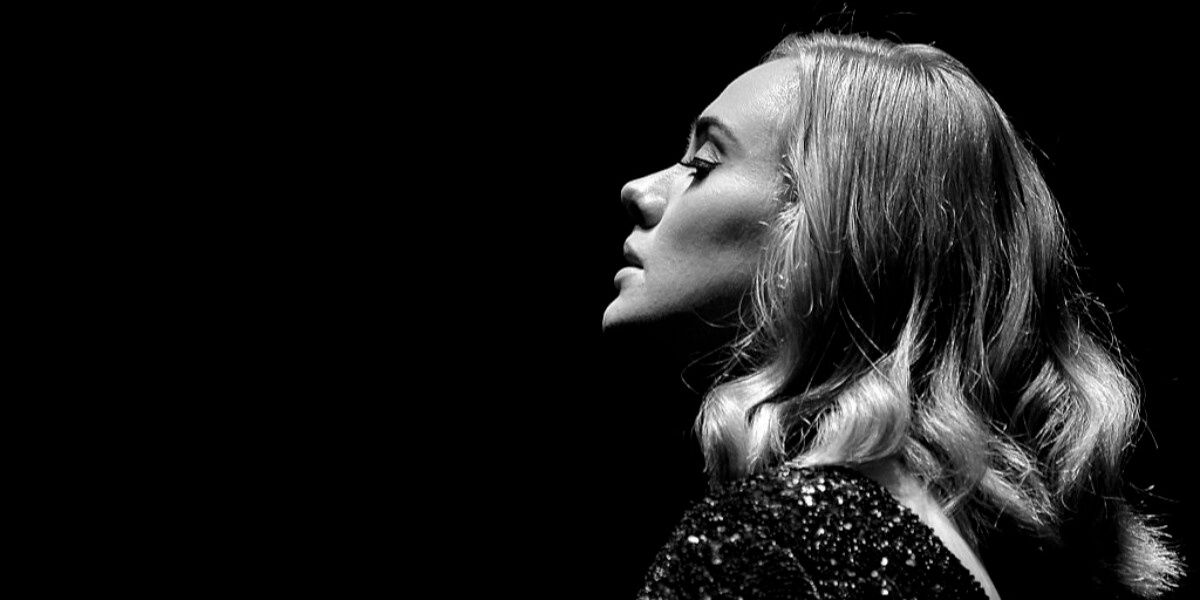 Among the positive reviews, such publications as The BBC, Digital Spy, Slant Magazine, The Guardian, The 405. Neil McCormick from The Daily Telegraph.

«Fittingly, 25 also plays better over the long haul, its march of slow songs steadily revealing subtle emotional or musical distinctions", where "all 11 songs are ... a piece ... [of] shaded melancholy gaining most of their power through performance", and arguing that the "cohesive sound only accentuates how Adele has definitively claimed this arena of dignified heartbreak as her own.»
From The Daily Telegraph stated that the album
«Nostalgic mood is the perfect fit for an artist who reaches back decades for her influences, even as her all-or-nothing urgency feels utterly modern" and also praising her "incredible phrasing – the way she can infuse any line with nuance and power»

At the 36th Brit Awards, Adele was nominated for five awards, in which she won four including British Album of the Year for 25 and British Single of the Year for "Hello". With her wins, Adele equalling the record for most wins by an artist in one night, firstly set by Blur in 1995.

At the 2016 Billboard Music Awards, the singer was nominated for nine categories, winning five, including Top Billboard 200 Album for 25 and Top Selling Song for "Hello".

The album was a great commercial success

Album 25 has won (along with singles) many records. The album sold 7 million units worldwide in its first week of release. The worldwide circulation by June 2016 exceeded 20 million copies.

On 23 October 2015, "Hello" was released as the album's lead single and was made available for purchase and streaming, with its music video released on the same day. It compiled over 100 million views on YouTube within 5 days.
The video was directed by Xavier Dolan. Tristan Wildes participated in the video recorded in Montreal (Canada).

The song was written by Adele herself and Greg Kerstin, who also produced the recording process on the XL Recordings label.
As a result, Adele broke her almost three-year silence after her previous single "Skyfall", released in 2012

To record the album, Adele traveled to Los Angeles, where she re-recorded her vocals for "Hello". During this recording in California, the singer, along with Tobias Jesso, also wrote a new song "When We Were Young".
The whole session was held in a rented house using the composer's piano Philip Glass, author of music for many films, including Leviathan by Russian director Andrey Zvyagintsev.
The first preview of the song "When We Were Young" was presented on the program 60 Minutes Australia.

«WHEN WE WERE YOUNG»

«Send My Love
(To Your New Lover)»

«Water Under the Bridge»

The longrid was made as part of a training course on ux design on the web by Kirshin and Vasiliev.
Made by Tina Batseva
UP
UP
Made on